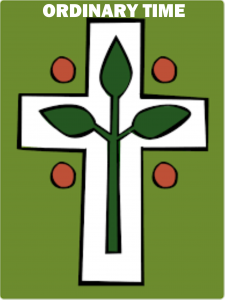 2 Indeed, I know it is as you say: how could anyone claim to be upright before God?

3 Anyone trying to argue matters with him, could not give him one answer in a thousand.

4 Among the wisest and the hardiest, who then can successfully defy him?

5 He moves the mountains, though they do not know it; he throws them down when he is angry.

6 He shakes the earth, and moves it from its place, making all its pillars tremble.

7 The sun, at his command, forbears to rise, and on the stars he sets a seal.

8 He and no other has stretched out the heavens and trampled on the back of the Sea.

9 He has made the Bear and Orion, the Pleiades and the Mansions of the South.

10 The works he does are great and unfathomable, and his marvels cannot be counted.

11 If he passes me, I do not see him; he slips by, imperceptible to me.

12 If he snatches his prey, who is going to stop him or dare to ask, ‘What are you doing?’

14 And here am I, proposing to defend myself and select my arguments against him!

15 Even if I am upright, what point is there in answering him? I can only plead for mercy with my judge!

16 And if he deigned to answer my citation, I cannot believe he would listen to what I said,

10 Do you work wonders for the dead, can shadows rise up to praise you?

11 Do they speak in the grave of your faithful love, of your constancy in the place of perdition?

12 Are your wonders known in the darkness, your saving justice in the land of oblivion?

13 But, for my part, I cry to you, Yahweh, every morning my prayer comes before you;

14 why, Yahweh, do you rebuff me, turn your face away from me?

15 Wretched and close to death since childhood, I have borne your terrors — I am finished!

57 As they travelled along they met a man on the road who said to him, ‘I will follow you wherever you go.’

58 Jesus answered, ‘Foxes have holes and the birds of the air have nests, but the Son of man has nowhere to lay his head.’

59 Another to whom he said, ‘Follow me,’ replied, ‘Let me go and bury my father first.’

60 But he answered, ‘Leave the dead to bury their dead; your duty is to go and spread the news of the kingdom of God.’

62 Jesus said to him, ‘Once the hand is laid on the plough, no one who looks back is fit for the kingdom of God.’

28TH SEPTEMBER 2022
Job 9:1-13,14-16; Psalm 88:10bc-11,12-13,14-15; Luke 9:57-62
I WILL FOLLOW YOU WHEREVER YOU GO
Someone said to him, “I will follow you wherever you go.” Jesus answered him, “Foxes have dens and birds of the sky have nests, but the Son of Man has nowhere to rest his head.” Luke 9:57-58
▪As important as shelter, family, and food are, none of these should be a hindrance to doing the will of God. The first disciple who wanted to follow Jesus declared his interest to follow Jesus wherever He goes. Jesus reminded him what he would lose as a disciple, which is his comfort of a good home.
~ Our jobs and vocations determine to a greater extent where we live. Some have moved from place to place leaving behind their comfortable homes, just because the nature of their works demand such. To follow Jesus, one ought to be ready to give up more. While our jobs and professions may assure us of a kind of certainty, that of the gospel is based on faith.
~ Some great saints left their comforts to proclaim the gospel without knowing what God had in plans for them. St. Francis of Assisi on hearing the command to proclaim the gospel, left his family and inheritance behind. The son of a wealthy man became a wretched man because of the gospel.
~ One of the greatest obstacles we face is the fear of unknown. Humanly speaking, it is always easier to begin from known to unknown. However, God most times calls us into the unknown. Just like the two other disciples wanted to finish with their family before answering, so do we often ask for more time before we make a step.
▪Dear friend, God can stop us in the middle of nowhere and demand a turn in another direction. It is always difficult to say yes because we want to finish what we are sure of before something else. To be true disciples, we must be open and ready to answer whenever He calls us. That is what it means to follow Jesus wherever He goes.
May God bless you